My Quaker Exchange and Chinatown

Finished this as a small pillow. The lace is out of a friend's sewing box that I inherited when she was cleaning out before she moved. I think it's fairly old. That button on the right? Camo for a few mistakes... 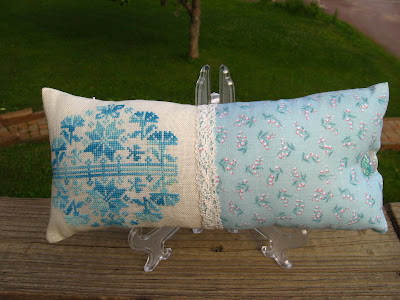 So now we're back to vacation photos!

So Thursday morning we said goodbye to Bass Lake and headed back to San Francisco, but we stopped for lunch in Oakland. We stumbled upon The Cheese Steak Shop, where we had the best Philly Cheese Steaks we had eaten in a long time. Really! I'd give it 4.5 out of 5 stars.

An aside about Philly Cheese Steaks: I know that everyone thinks of Pats Cheese Steaks when they think of that sandwich, but I had never had one of those in my life until after I had lived in Pittsburgh for quite a while. And they use Cheez Whiz? Sorry, none of my Philly neighborhood sandwich shops would have used Cheez Whiz. They used white American. Cheez Whiz, in the words of Theresa from HW of NJ, is skeevy. And for the record, the very best cheese steak isn't actually found in Philly, but at Pat's Lunch, in Stone Harbor, New Jersey. It's on Stone Harbor Boulevard and Pat, who is in his late 80's, has been there since the beginning of time. Let me tell you, if you go, plan to spend some time with him. He's a jewel.

(Sorry. Never get a Philly native started on the subject of cheese steaks)

Back to vacation. The one thing that Dave absolutely wanted to do was ride a Cable Car. So we waited in line behind a hundred or more people, but we were entertained by street performers and it was a fun experience. 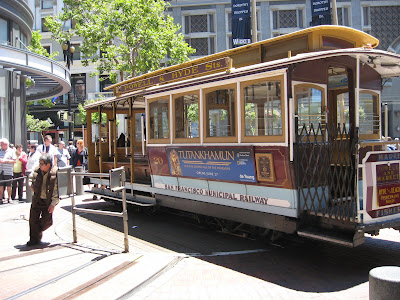 We explored the Cable Car Museum a bit, and I think it's a must for anyone who is interested in transportation history. (We've been to lots of car, train, and plane museums)

Then we walked over to Chinatown and saw both the touristy and the non-touristy sections. The food selection in the non-touristy stores was...perplexing. Really. I even saw Chinese people who looked confused. But it was fun. Then we headed back to Union Square so Colleen could do a little shopping and then back to Pacifica for the night. 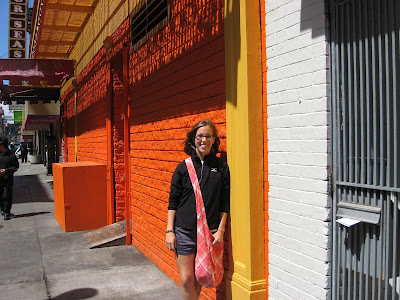 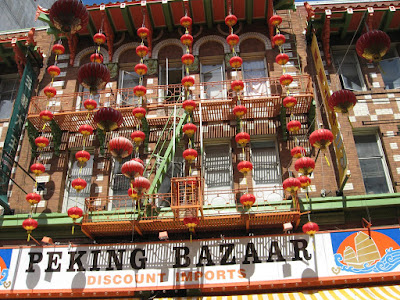