Gotta Get My Groove Back

Really.  It's been 18 days since I visited my own blog.  I thought I had lost my blogging groove earlier in the month.  Now I know that I did.

I'm blaming it on the pain medicine.  I take as little medicine as possible, because it makes me really, really stupid. I wish I was funny-stupid when I take that medicine,  But I'm boring stupid.  I've been doing things like standing in the grocery store in front of the Mac And Cheese display and staring at it for 15 minutes because there are too many choices.

OK, so...it seems that to get back a writing groove, one must simply write.  Just start.  And I've decided that I'm going to start with a self-created meme for February - you know, the month of love and Valentines.  So my plan is to write about things I love for the 28 days of February.

I'm calling it a month of People, Places and Things that I Love.  I tried to make an acronym of that, but it comes out PPTTIL, and if you try to say that it sounds like you're blowing raspberries at someone.  So we'll stick with the long version.

And don't think I'm going all sentimental on you, because I think my plan for March will be inspired by March Madness and will be 31 days of things that drive me crazy.  As in mad.  Get it?

While we're waiting for February to begin, you can look at three little Valentine smalls that I've been playing with in January.  I'm also working on a fourth and will have pictures eventually. 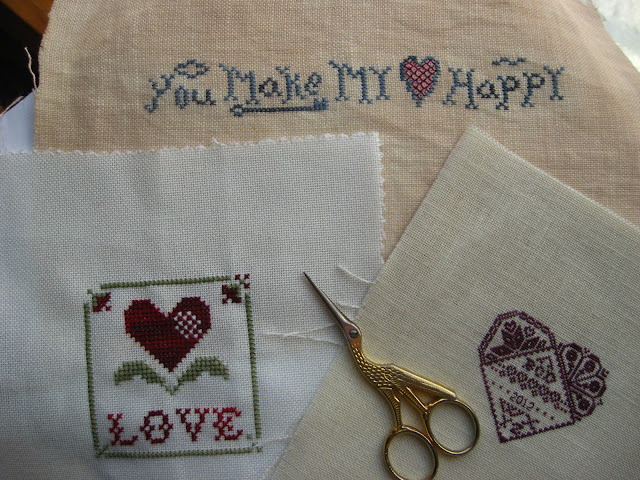